Olympic athletes describe the power of sport to change the world 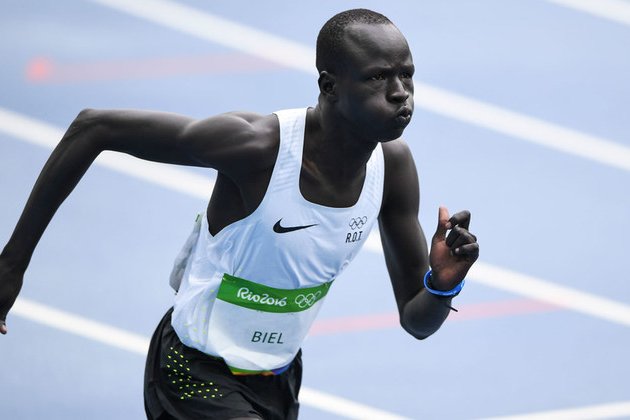 Leading athletes, influencers and innovators have been sharing their thoughts on the role that sport can play in building a better world for all, in UN-led online discussions held to coincide with the Tokyo Olympics.

"Sport becomes something that can change the life of refugees who are living in refugee camps. Because they can achieve something, they can overcome anything that they pass through...and it gives them a platform", says Pur Biel, a member of the first-ever Olympic Refugee Team at the 2016 Rio Olympics, and a Goodwill Ambassador for the UN refugee agency, UNHCR.

Mr. Biel, a participant in the UN's SDG Zone at Tokyo series of online talks this week, explained how sport had helped him to live through traumatic experiences in his home country, South Sudan.

The athlete's experience was echoed by the many other speakers, who shared a common message; that sport can bring about positive transformation in the world, from bringing hope to refugees, to encouraging climate action, and building societies where everyone can excel, regardless of their background.

Tsuyoshi Kitazawa, a former member of Japan's national football team, stressed the role of sport in building bridges: "whatever you feel in the Games is made possible because the world is playing as one team", he said. Izumi Nakamitsu, UN Under-Secretary-General and High Representative for Disarmament Affairs, added that the values sport promotes, such as mutual respect, teamwork, equality, and fair play, are very similar to those that help to promote the development of peace.

In the video focusing on sustainability and climate action, Hannah Mills, an Olympic sailor and founder of the Big Plastic Pledge movement to end single plastic use, noted that athletes can have a positive influence over the businesses and brands that support them as sponsors.

Ms. Mils was joined by Japanese astronaut Soichi Noguchi, who returned from his third space flight in May, and Archana Soreng, a member of the UN Secretary-General's Youth Advisory Group on Climate Change. They agreed that cooperation among different groups, who often have different interests, must come together to save the Earth.

Speaking during the video focusing on diversity in sport, Aya Medany, an former Olympian who represented Egypt in the modern pentathlon, and Etsuko Ogasawara, Executive Director of the Japanese Center for Research on Women in Sport at Juntendo University, described how women are under-represented, particularly as coaches, and other roles supporting athletes.

Fumino Sugiyama, Co-Chair of Tokyo Rainbow Pride, an event that celebrates the city's LGBT community, shared his own struggle to continue his career as an athlete, whilst revealing his transgender identity. "If the world of sport can move in a direction where anyone can truly participate without fear", he said, "it will help create a society where no one is left behind."

"Sport is close to people's lives, bringing joy and inspiration", noted Kaoru Nemoto, head of the UN Information Centre in Tokyo. "Sport provides us with courage and determination, which are needed more than ever to go through this difficult time of the COVID-19 pandemic. Through these conversations, we hope to highlight the ways that sport serves as an enabler to advance the Sustainable Development Goals, for a greener, more equal, inclusive, and sustainable world for all".

The SDG Zone at Tokyo is organized by the UN Department of Global Communications (DGC), the United Nations Information Centre Tokyo (UNIC Tokyo), and the Asahi Shimbun Company, a founding member of the SDG Media Compact.

It is the first of the SDG Media Zone series to be organized fully by a DGC country office.

These online discussions will resume between 25 and 27 August, timed with the Paralympic Games, and will include a number of Paralympians, sharing their experiences with leaders from governments, the business sector, and civil society.