Vikings to Honor Korey Stringer Prior to Night Practice 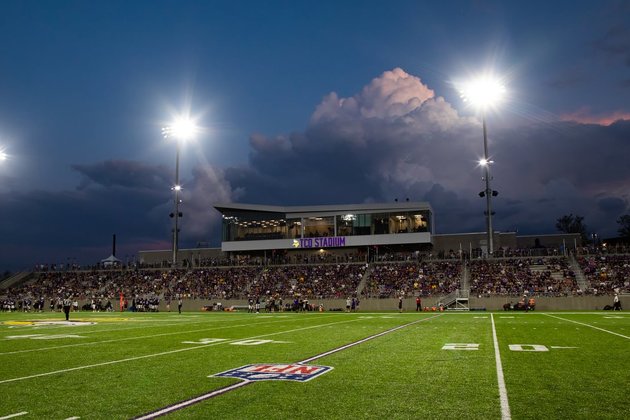 Stringer, who played for the Vikings from 1995-2000, passed away 20 years ago on Aug. 1, 2001, after collapsing from exertional heat stroke the day prior. The Vikings plan to honor his memory with a videoboard tribute and a moment of silence before the team practice. Stringer's #77 will also be painted on the practice field.

To further commemorate Stringer, the Vikings have joined the NFL Foundation and the Korey Stringer Institute to create the Korey and Kelci Stringer Athletic Training Scholarship with an initial $50,000 endowment. The annual scholarship will benefit athletic training students in partnership with the National Athletic Training Association (NATA) Research and Education Foundation. Applications will be accepted later this fall for the initial 2022 scholarship.

"This time comes with great honor and respect for those who have committed themselves to seeing through our dreams and hopes of not only providing the knowledge that this is a preventable illness, but also helping to save people's lives. The culture of football has and is continuing to be positively transformed."

The Vikings selected Stringer as the 24th pick of the 1995 draft out of Ohio State. He took over the right tackle spot in the second game of his rookie year and never relinquished the job over the next six seasons. He was named to the All-Rookie Team and started 100 of the 102 games, including playoffs, in which he played for the Vikings. Stringer earned Pro Bowl honors in 2000 and was a 2nd-Team All-Pro in 1998. Stringer was inducted into the Vikings Ring of Honor, and his #77 jersey was retired on Nov. 29, 2001.

About the Korey Stringer Institute

Since the time of Korey Stringer's death, his wife, Kelci, worked tirelessly to develop an exertional heat stroke prevention institute to honor her husband's legacy. To that end, she joined forces with exertional heat stroke expert Douglas Casa, Ph. D, ATC at the University of Connecticut to make this dream a reality and the Korey Stringer Institute came to fruition in April 2010. The mission of the KSI is to provide research, education, advocacy and consultation to maximize performance, optimize safety and prevent sudden death for the athlete, warfighter and laborer. KSI serves the needs of active individuals and athletes at all levels - youth, high school, college, professional, people who are physically active, recreational athletes - and those who supervise and care for these individuals. Components of these services include: consultations, advocacy, education, research, athlete testing and mass-market outreach.

About the NATA Research and Education Foundation

The NATA Research and Education Foundation is the philanthropic arm of the National Athletic Trainers' Association (NATA). The Foundation champions research, supports education, and enhances knowledge to optimize the clinical experience and outcomes within the diverse patient populations served by the athletic training profession.