No. 6 Houston dominates Cincinnati in 90-52 rout 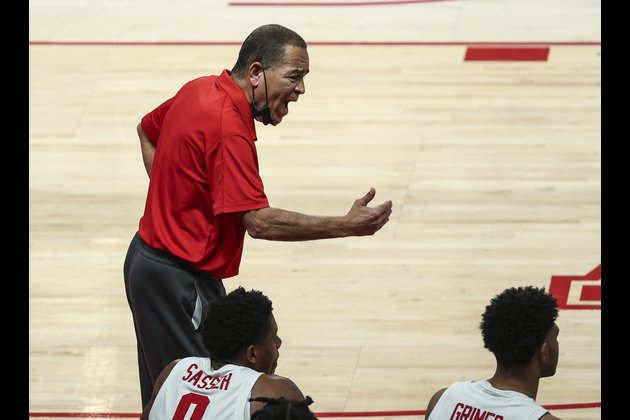 Three days after falling out of first place in the American Athletic Conference, the Houston Cougars responded by dominating the visiting Cincinnati Bearcats in a 90-52 win on Sunday afternoon.

Quentin Grimes scored 14 of his 20 points and grabbed six of his eight rebounds in the first half as Houston avoided back-to-back losses coming off its defeat against Wichita State on Thursday.

Grimes was one of five Cougars who scored in double figures. Dejon Jarreau scored all 11 of his points in the first half and Tramon Mark had 10 of his 12 points during the first 20 minutes as well. Marcus Sasser also finished with 10 points.

Houston coach Kelvin Sampson began emptying his bench after his team's lead grew as large as 43 points in the second half.

This allowed senior forward Fabian White Jr. to earn some more valuable playing time. White played in his second consecutive game after returning sooner than expected from a right ACL injury. He finished with 10 points and nine rebounds.

Houston outrebounded Cincinnati 47-31 and took advantage of 13 Cincinnati turnovers, turning them into 22 points.

Jeremiah Davenport led the Bearcats with 11 points, but top scorers Keith Williams and David DeJulius were held to a combined 14 points.

SAO PAULO, Brazil: Just as Buenos Aires, Argentina is opening up its economy after what is seen as the city's ...

LONDON, England: In a bid to reduce Covid infections among overweight Britons, Prime Minister Boris Johnson is promoting his own ...

VANCOUVER, Canada: Lawyers for Huawei chief financial officer Meng Wanzhou have sought a dismissal of the extradition case against her, ...

Iceland records 18,000 earthquakes in past week

REYKJAVIK, ICELAND - The volatile islands of Iceland have experienced unusual seismic activity in the past week, with over 18,000 ...

Yemen's Houthi rebels have carried out missile and drone strikes on a Saudi military base and an oil facility, expanding ...

Disney, baseball could begin April 1 with Covid rules in place

LOS ANGELES, California: After remaining closed for nearly a year, California officials released new rules on Friday that would allow ...

NEW YORK, New York: Second-quarter profits for Costco Wholesale Corp have failed to align with analysts' estimates, as the warehouse ...

Virtual events being staged in Oregon for Sequestration Week

PORTLAND, Oregon -- This week, groups are holding virtual events in Oregon for "Sequestration Week," and the potential of carbon ...

Brent at $67 per barrel, production to remain high at least till April

BANGALORE, India: Contrary to analysts' predictions, OPEC and its allies decided to leave oil production unaffected until April, citing the ...