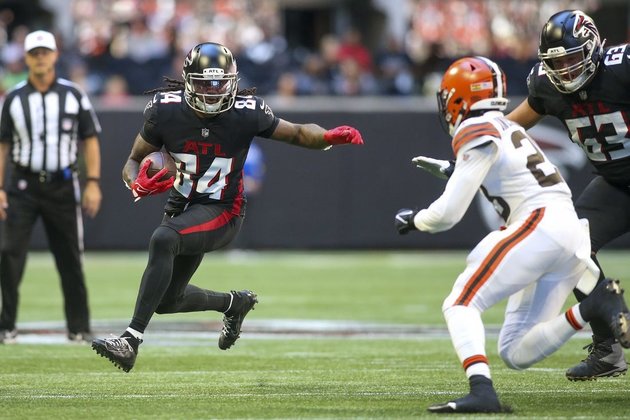 The Atlanta Falcons placed Cordarrelle Patterson on injured reserve Monday with a knee injury, but head coach Arthur Smith said the team's featured running back will return this season.

Smith said Patterson underwent a minor medical procedure Monday morning. He will need to miss at least four games and would be eligible to return Nov. 6 at home against the Los Angeles Chargers.

Patterson has been nursing the knee injury and was listed as questionable before the Browns game. He was limited Sunday to nine carries for 38 yards but scored a touchdown.

The team's other top rusher, Damien Williams, also is on IR with an injury to his ribs.

In a corresponding move, the Falcons signed 24-year-old running back Caleb Huntley to the 53-man roster. He was elevated from the practice squad for Sunday's 23-20 win over the Cleveland Browns and ran for 56 yards and scored his first NFL touchdown.

Patterson, 31, has 348 rushing yards and three touchdowns on 58 carries this season. In 2021, in his first season in Atlanta, Patterson had 1,166 yards from scrimmage and 11 touchdowns.