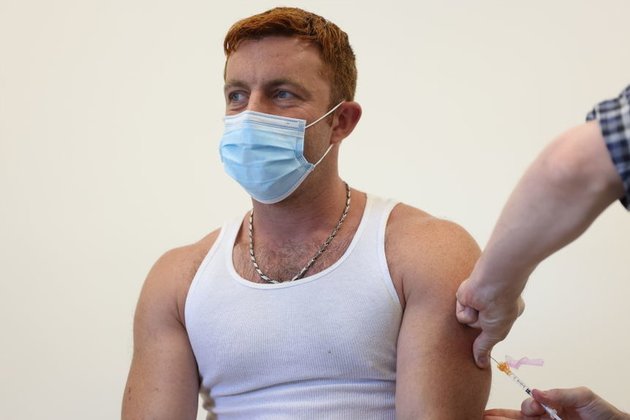 The outlet claims there are ?only around 5,000 doses? left due to 'supply issues?

The UK is going to suffer from a scarcity of monkeypox vaccines in the near future, with only "around 5,000 doses of the jab left," Sky News reported on Wednesday, citing anonymous sources.

The article claimed that reservations for inoculation were "already closing as a result" in some parts of the country. The report attributed the shortages to "supply issues."

According to the UK Health Security Agency (UKHSA), as of Monday there were 2,914 confirmed cases of monkeypox in the country.

As the report explains, various smallpox vaccines, which are thought to be effective against the novel virus as well, are currently in short supply globally due to the uptick in demand. Moreover, since monkeypox had until recently largely been confined to some parts of Africa, the supply of vaccines needed to prevent the disease had predominantly been concentrated in that particular region. The growing demand elsewhere cannot be satisfied instantaneously, Sky News pointed out, as the shots take some time to produce.

Of the 150,000 doses of the smallpox vaccine purchased by the UK from a "global manufacturer," only around a third have actually arrived in the country to date, the director of clinical programs at the UKHSA, Dr Mary Ramsay, told the outlet. The remainder is expected to reach British shores next month.

The medical official, however, struck an optimistic tone, saying that the vaccination campaign is "continuing at pace," with at-risk groups still receiving the shots despite stocks beginning to dry up. She added that the vaccines already administered are expected to slow down the transmission of the virus.

Meanwhile, new cases are being reported in the UK on a daily basis, the report noted.

The outbreak outside of monkeypox's endemic area, which began in May this year, has already been labeled a "global health emergency" by the World Health Organization.

Transmission occurs through close physical contact, including sexual intercourse, with a person who already has the virus. The disease is said to especially affect gay and bisexual men.

While relatively benign in terms of its fatality rate, monkeypox manifests itself in a characteristic rash, with lesions tending to appear first on the genitals, then in and around the anus, as well as in the mouth. Other symptoms include fever, headache, and muscle aches.