Guardians' Terry Francona to return after bout with COVID 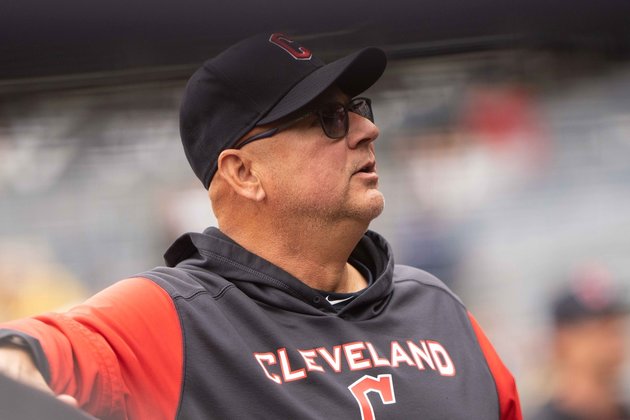 Cleveland Guardians manager Terry Francona has cleared Major League Baseball's health and safety protocol and is expected to be in the dugout for Wednesday's game against the visiting Cincinnati Reds.

Francona, who missed four games, will be joined by bench coach DeMarlo Hale. Both tested positive for COVID-19 last week.

Sandy Alomar Jr. and Mike Sarbaugh, the Guardians' first- and third-base coaches, respectively, as well as assistant pitching coach Joe Torres remain in the protocol. Hitting coach Chris Valaika returned to the team before Tuesday's 5-4 setback in 10 innings against the Reds.

The Guardians have lost four of their last five games.

UK's Telegraph news block in Russia due to war coverage

MOSCOW, Russia: The UK newspaper, the Telegraph, has been blocked in Russia, following a request from the Russian prosecutor-general.The TASS ...

WASHINGTON, DC - U.S. President Joe Biden on Friday vowed to "do all in my power" to protect a woman's ...

PHNOM PENH, Cambodia: Cambodian villagers on the Mekong River have caught a stingray fish weighing 661 pounds, which is the ...

One-third of car sales might be electric by 2028, says analysts

BERLIN, Germany: To prevent large increases in food prices, officials from G7 countries, including Germany and the UK, will push ...

Announcement expected this week to ban Juul e-cigarettes in US

WASHINGTON D.C.: The U.S. Food and Drug Administration (FDA) is preparing to order Juul Labs to stop selling its e-cigarettes ...

MOSCOW, Russia: Russia's consumer price index has fallen by 0.12 percent for the third consecutive week.This drop in the consumer ...