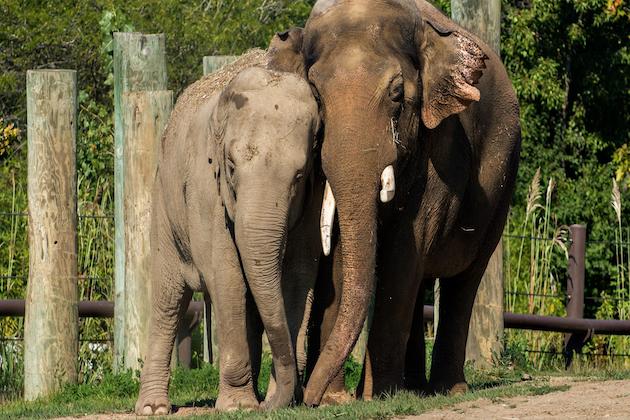 COLUMBUS, Ohio: Due to concerns about its acquisition of animals and inappropriate business practices by its former leaders, the Columbus Zoo and Aquarium lost its accreditation with its industry's top accrediting body, the Association of Zoos and Aquariums (AZA).

On Wednesday, officials from the zoo said they will appeal the decision made by the top accrediting body for zoos and aquariums in the U.S. and several other countries.

According to its website, the AZA's accreditation process aims to ensure its members meet industry standards that prioritize animal welfare and care, veterinary programs, conservation, education and safety. Its accredited members must also undergo an accreditation assessment every five years.

In a written statement, interim Columbus Zoo President and CEO Jerry Borin said, "The AZA first accredited the Columbus Zoo in 1980, and as a long-standing AZA organization, we are disappointed that the accreditation commission denied our accreditation after all of the positive changes that were made."

The commission, which voted on Friday to deny the zoo's accreditation, expressed concern at "inappropriate financial management issues by former leadership," but noted that the zoo's many animal transfers with non-AZA members of baby animals for entertainment purposes are "more substantial and concerning."

In July, the zoo announced it was no longer purchasing animals from vendors who do not meet required care standards.

Following an investigation on the extensive personal use of resources, the zoo's former president and CEO, Tom Stalf, and former chief financial officer, Greg Bell, resigned.

The AZA team that recently visited the zoo commended that the changes made since the departure of Stalf and Bell, but the accreditation commission "wants to see that these changes can be sustained," the zoo stated.

This came a day after Tom Schmid, president and CEO of the Texas State Aquarium, was named the zoo's next director.

The zoo must file its appeal by 30th October, after which the AZA has 45 days to make a decision to hear the appeal.

MOSCOW, Russia: The Russian government has issued a statement saying it disagreed with the comments of new Japanese Prime Minister ...

China and Iran court Taliban, while IS aims for chaos

On October 8, a terrible blast struck the worshippers attending Friday noon prayers at the Gozar-e-Sayed Abad Mosque in the ...

BOSTON, Massachusetts: Massachusetts Governor Charlie Baker has announced that he is deploying up to 200 National Guard members to assist ...

ATHENS, Greece: The Greek island of Crete has been hit by a 6.3-magnitude earthquake, just weeks after another quake caused ...

Islamabad Court hears of horrific murder that has shocked the nation

ISLAMABAD, Pakistan - Zahir Jaffer, the son of a billionaire businessman and the prime suspect in Noor Mukadam's murder case, ...

NAYPYITAW, Myanmar - According to locals and sources within the armed resistance movement, the Myanmar military deployed thousands of troops ...

WASHINGTON D.C.: U.S. Secretary of Interior Deborah Haaland has announced that the U.S. government will auction lease agreements for seven ...

DUBLIN, Ireland: Property prices in Ireland are increasing at double digit rates for the first time in a decade.Since August, ...

SYDNEY, NSW, Australia - Buyers swarmed Asian stock markets on Friday, cashing in on a global rush to stocks.Gains in ...