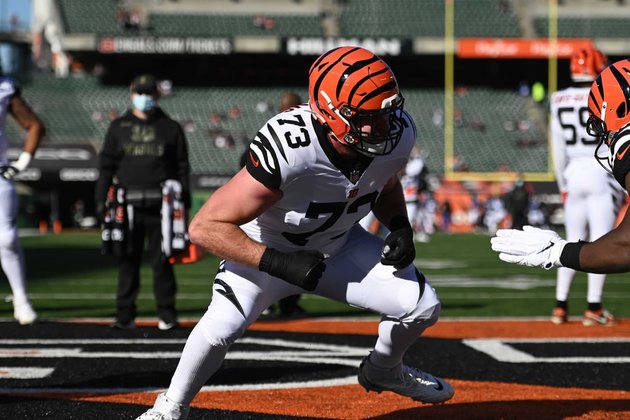 If Bengals left tackle Jonah Williams looks a little more bulked up, it's because he is. Williams revealed before Friday's practice that he's put on about ten pounds since the spring after a conversation with new offensive line coach Frank Pollack.

"I think that can help me in my game," Williams said. "The combination of being bigger, being stronger, and still maintaining the same quickness. Then if I can put those things together with good technique, I think I can be a pretty good player."

Pollack believes although Williams is an undersized left tackle, he's athletic enough and smart enough to absorb the weight.

"He said, if you're light, there's not as much room for error. And I like to feel like I can anchor on the bull pretty well, but the technique has to be perfect," Williams said. "So he said you put on a couple of pounds, put on a little muscle and it gives you just a little bit bigger margin for error that you can cover because you have the mass to absorb more force."

SLANTS AND SCREENS: Pollack said before practice that second-round pick Jackson Carman has a rookie's learning curve and he'll need to do some things before getting into the lineup at guard. He won't rule out anybody starting Opening Day, but "no one is going to be handed anything."

Undrafted free agent rookie Pooka Williams Jr., a running back at Kansas, continues to get looked at in the slot as a hybrid back/wide receiver.

"He's a slight build guy, so it's hard to give him a full share and a bunch of carries because running backs don't look like that very often," said offensive coordinator Brian Callahan of Williams' small size. "But he's got an interesting skillset. He's got great quickness. He's got good acceleration and good burst. So we're trying to find where he might fit best for us. He's done a really good job. He's still learning. It's kind of foreign to him, obviously. He played running back most of his career. But he's got some ability to do those types of things for us in our offense. Whether you start talking about some jet sweep stuff, obviously the punt return thing. Things where you can get the ball in his hands and let him use his athletic skillset to the advantage of the offense. So whether it's at running back or receiver, we're going to keep playing with that. He'll be a little bit of a hybrid role for us through camp, so you'll probably see him doing both as we move along."