Biden Vows to Continue Encounter with China Over Opioids 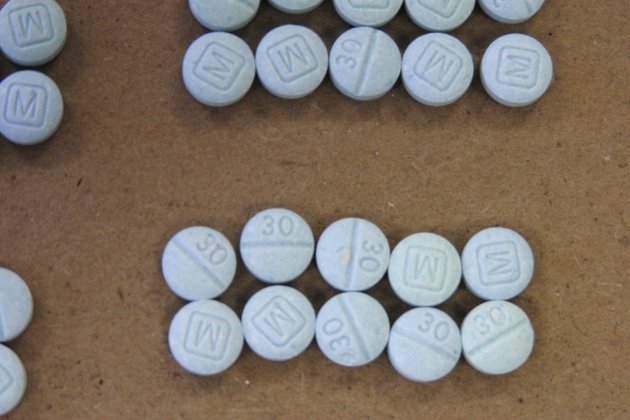 CINCINNATI, OHIO - U.S. President Joe Biden said Wednesday he will continue "this encounter with China" to attempt to stem the flow of deadly drugs being smuggled into the United States via Mexico.

Biden, during an appearance on a CNN "town hall"-style program from Cincinnati, said his administration is "dealing with the whole opioid issue" by significantly increasing the number of people in the Justice Department working on it.

The former president repeatedly criticized China, the primary exporter of fentanyl or its precursor chemicals to Mexico, where cartels smuggle it into the United States, for not cracking down on the drug trafficking.

A 1,500-word background memo issued ahead of Biden's third visit to Ohio during his 6-month-old presidency, covered key concerns in the state ranging from repairing highway bridges to combating childhood obesity. It did not mention the opioid crisis, although Ohio has one of the highest per capita rates of overdose deaths, which have been the leading cause of fatal injuries in the state for more than a decade.

Asked by VOA on the Air Force One flight Wednesday to the event whether - in view of this - the issue remains a priority for the Biden administration, White House press secretary Jen Psaki responded: "Absolutely, it's a top priority, and there's no question it is an issue that has impacted people across Ohio and continues to. Any health expert will tell you that the most important thing we could do is make sure people have access to health care coverage. "

Some U.S. objectives set during the Trump administration with respect to China remain unmet.

China has not taken action to control additional fentanyl precursors, following Beijing's crackdown on two such substance in 2018.

Chinese traffickers shifted to sending not yet controlled chemicals to Mexico and Chinese nationals indicted in the United States on fentanyl trafficking charges remain at large, noted a January report from the Congressional Research Service.

"I don't believe there's much we can do to slow these countries' export of these drugs," said Ben Westhoff, author of Fentanyl, Inc.: How Rogue Chemists Created the Deadliest Wave of the Opioid Epidemic.

"All we can do is implement harm reduction measures at home, like supervised injection facilities, while also providing greater access to fentanyl testing strips, medication assisted treatment, and needle exchange programs," he said.

Westhoff, described himself as an advocate for harm reduction, the philosophy that accepts people cannot be stopped from using drugs and that instead users should be taught about their dangers and helped to use them more safely.

"In this framework, the Biden administration has been only marginally better than Trump's. Mostly they have simply maintained the status quo," Westhoff told VOA. "In the midst of the worst drug crisis in American history, we need much bolder action."

Projections from the Centers for Disease Control and Prevention show that Ohio last year likely saw its largest-ever number of drug overdoses - more than 14 per day for a total of 5,215, breaking the recorded high from 2017.

That puts the midwestern state with the fourth-largest total among the 50 U.S. states.

Overall, there was a dramatic spike in U.S. drug deaths, up about 27% in the first six months of the coronavirus pandemic.

A total of 88,000 Americans died in the 12-month period ending in August 2020, according to the White House Office of National Drug Control Policy.

"Illicitly manufactured fentanyl and synthetic opioids are the primary drivers of this increase," with people between the age of 35 and 44 most at risk, the acting head of the office, Regina LaBelle, told reporters in early April.

"The Biden administration is not doing enough to address this issue with either China or Mexico," according to Paul Larkin, a senior legal research fellow at the Heritage Foundation.

Larkin said the question for the president is how many people must die from smuggled fentanyl before he closes the southwest border to drug smugglers.

"Hundreds of people are dying every day in this country while we wait for the answer to that question," Larkin told VOA.

Tom Synan, police chief of the village of Newton, in Hamilton County, Ohio, who testified before the U.S. Senate in 2017 about the fentanyl crisis, said most of the emergency calls his officers respond to are drug-related, be they overdoses or gun crimes.

Throughout Hamilton County there are 50 to 70 overdoses each week and more than 400 people dying every year.

While the numbers have stabilized in the county, Synan told VOA those statistics are "a person, a mother, father, brother, sister, son or daughter, I just had a mother reach out today asking for help. Every single day we're dealing with an addiction epidemic."

Synan said he wrote Trump asking whether 70,000 to 100,000 Americans needed to die before action is taken.

"I thought I was being overdramatic. But now I realize that not only was I not dramatic, but the number was pretty close," said the police chief, adding he has a similar question for Biden.

"I wholeheartedly believe that when a president of the United States stands up and says that we as Americans need to change the way we view and deal with addiction. It'll shift the stigma. It'll shift funding research out of the criminal justice system and into the mental medical health care system. And that would be my question to him - is what will it take for us to shift?" said Synan.

The White House, nearly four months ago, after the start of the Biden administration, introduced a seven-part plan intended to decrease the number of deaths. It is to be implemented over the next year.

One goal is to shift the government response from a focus on arrests toward treatment.

"What really is the biggest enabler of addiction is our own ideologies and policies that hold us back from changing addiction from being punished to actually treating it as the mental medical health condition it is," said the Newtown police chief.

Biden has expressed understanding of that approach.

"We shouldn't be sending people to jail for [drug] use. We should be sending them to mandatory rehabilitation," the president said on Wednesday night's television program.