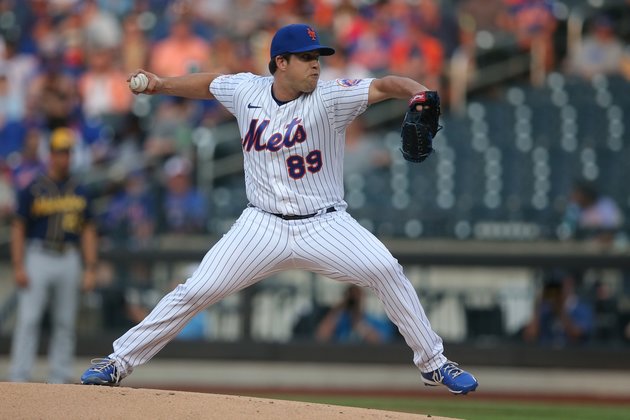 Already down Jacob deGrom, Carlos Carrasco and Noah Syndergaard, the Mets lost Robert Stock after just one inning of his start Tuesday against the host Cincinnati Reds due to a hamstring injury, the team said.

After pitching the first inning, Stock hurt himself running out a grounder to end the top of the second. Stephen Nogosek entered the game in the bottom of the second to pitch for New York.

The Mets designated Jerad Eickhoff -- their starting pitcher Monday -- for assignment in order to add Stock to the roster to start Tuesday.

Their ace, deGrom, was placed on the injured list for the second time this season Sunday with right forearm tightness. Carrasco was making a rehab start Tuesday for Triple-A Syracuse, where he reportedly allowed three home runs in less than two innings.

Syndergaard, in trying to make a return from Tommy John surgery, had a setback during a May rehab assignment and was shut down for six weeks.

HUNTINGTON BEACH, California: In a bid to develop a major source of water for drinking and irrigation, California appears poised ...

BANGKOK, Thailand: Thailand has opened an 1,800 bed field hospital for Covid patients in a cargo warehouse at Bangkok's Don ...

PALESTINIAN TERRITORIES - A 20-year old Palestinian youth was shot dead by Israeli army soldiers on Thursday as he attended ...

WASHINGTON, D.C.: Due to the spread of the Covid Delta variant, the United States will not lift the existing travel ...

Walmart to pay for employees' college tuition, cost of books

BENTONVILLE, Arkansas: Retailer Walmart, the largest private employer in the U.S., has announced it will cover the full cost of ...

NEW YORK, New York - U.S. stocks fell across the board on Friday with Amazon a stand-out for sellers. The ...

Amazon says it will not accept bitcoin for online payments

SEATTLE, Washington: Amazon.com denied media reports on July 26 that the company was considering accepting bitcoins as a form of ...

SANTA CLARA, California: Hoping to regain its lead by 2025 and catch up to rivals, such as Taiwan Semiconductor Manufacturing ...