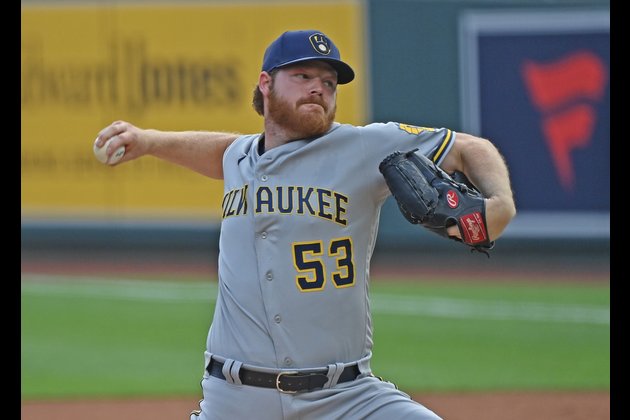 Having players out doesn't seem to be a stumbling block for the Milwaukee Brewers, who have won 11 of their past 13 games going into a weekend home series against the Pittsburgh Pirates that opens Friday.

The Brewers, who are coming off a 7-2 win Thursday at Cincinnati and are opening a six-gamehomestand, have moved into a tie with the Chicago Cubs atop the National League Central.

Shaw got hurt Wednesday diving for a ball.

"In the long term, it probably means Luis Urias is going to play more third base when Kolten comes back," Milwaukee manager Craig Counsell said. "(Urias) is doing a really nice job and he's swinging the bat really well. Another player is going to step up and get an opportunity. When you have injuries, that's how it works. You have to fill in around him, and that's going to be our job."

In the meantime, winning helps.

Then things got tougher, and the competition could continue to be a challenge.

After being swept in a three-game series against the defending World Series champion Los Angeles Dodgers at home, including a rain-shortened 6-3 game Thursday, the Pirates, last in the NL Central, head on the road having lost four in a row overall.

They did get a bit of good news concerning first baseman Colin Moran, who left Wednesday's game after getting hit with a pitch on the top of his right hand and sat out Thursday.

Manager Derek Shelton said X-rays showed no break and that Moran is day to day.

"It's a pain tolerance thing," he said.

The Brewers are 9-3 in games when Woodruff starts. His last outing, Saturday against Arizona, he didn't get a decision, but Milwaukee won 7-5.

He gave up two runs and six hits in five innings, with one walk and nine strikeouts -- good numbers, but they left Woodruff wanting more.

"I wish every outing could be a quality start," he said. "That's the goal."

Woodruff, who is facing Pittsburgh for the first time this season, is 3-2 with a 4.50 ERA in nine career games, seven of them starts, against the Pirates.

De Jong, who has never faced the Brewers, will be making his third start of the season. His last time out, he did not get a decision when Pittsburgh came back for a 12-inning win Sunday against Miami after he gave up five runs and seven hits in five innings, with one walk and five strikeouts.