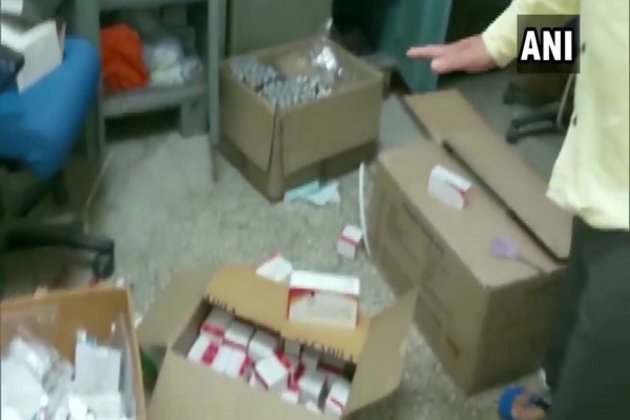 Jind (Haryana) [India], April 23 (ANI): In a bizarre turn of events, a thief who had fled with a bag containing over 1,700 doses of COVID-19 vaccine in Haryana's Jind, later had a change of heart and returned the doses.

The incident happened on Thursday afternoon at the Civil Hospital in Jind when the thief fled away with 1,710 doses of the COVID-19 vaccine.

According to Jitendra Khatkar, Deputy Superintendent of Police, Jind, an unknown man handed the vaccine doses to an old man sitting at a tea stall outside the civil lines police station in the district and told him it was the station Munshi's lunch.

"We received a compliment in the morning from PPC center at Civil Hospital that 1,710 doses of vaccine were stolen from the center. We started an investigation into the case and collected some video evidence. However, at noon, an unknown man handed over the vaccines to an old man sitting on a tea stall outside the Civil Lines police station and said it was station Munshi's lunch," the DSP said.

He added that when the old man handed the package to the police, they discovered the stolen vaccine doses.

"We covered all the doses notified by the Civil Hospital. We are trying to nab the thief as soon as possible. We are looking at the CCTV footage for evidence. Stealing vaccine was not the motive of thieves, it was something else. If stealing the vaccine was their purpose, they would not have returned it," the DSP added.

The third phase of the COVID-19 vaccination drive in India will begin from May 1 and will include those above 18.

India has been witnessing an unprecedented increase in COVID-19 cases in recent weeks. In fact, on Wednesday, India became the first country in the world to report over three lakh COVID-19 cases in a single day. (ANI)