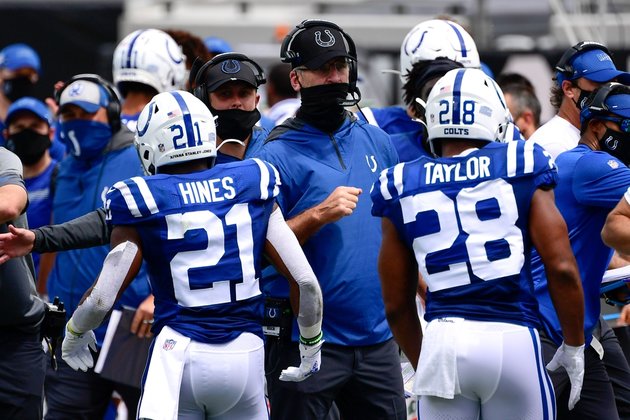 The team shut the doors after four individuals within the organization received positive tests on Friday morning. Hours later, however, the team said all four positive samples had been retested and were negative.

"After consultation with the NFL and Chief Medical Officer, Dr. Allen Sills, the team will open the practice facility this afternoon under the league's intensive protocol and will continue preparation for Sunday's game against Cincinnati," the Colts said in a statement.

The Colts are the latest team to deal with a COVID-19 situation. The Tennessee Titans rescheduled two games after 24 members of the organization, including 13 players, tested positive for the coronavirus. The New England Patriots also rescheduled one game out of virus concerns.

WASHINGTON, DC - With just a few days until voters cast the last ballots in the U.S. presidential election, the ...

SAINT-LOUIS, Senegal - In what has been described as the deadliest shipwreck recorded so far this year, at least 140 ...

NICE, France - A man wielding a knife on Thursday killed three people in an attack at the Basilica of ...

Golfing great comes out in support of Trump re-election

Snowden, hero to many, traitor to others, is awarded Russian residency

Chinese stocks gain for third day in row, most other Asian markets dip

SYDNEY, NSW, Australia - Asian investors on Thursday ignored the ructions overnight on Wall Street and around the globe, keeping ...

SYDNEY, NSW, Australia - Asian stocks finally caught up with their global counterparts on Friday, with major indices in all ...

WASHINGTON, DC - There will be no new coronavirus economic relief package in the U.S. before next Tuesday's presidential and ...

OTTAWA, Canada - Five major aerospace companies in Canada and Boeing have inked an agreement which will see a multi-decade, ...