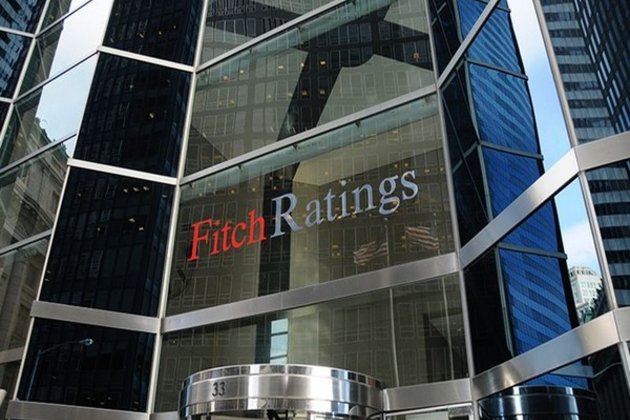 The policy could open a window for banks to build capital buffers while putting off full recognition of the coronavirus pandemic's impact on loan portfolios, but is reminiscent of a strategy adopted over 2010-2016 that delayed and exacerbated problems for the banks.

The proposals extend to end-March 2021 a programme allowing rescheduling of most retail and corporate loans including micro, small and medium enterprises (MSMEs) that were not impaired prior to March 1.

Rescheduling may take a number of forms including moratoriums and extensions of loan tenors of up to two years. Rescheduled loans are permitted to be classed as 'standard assets' even if they became impaired between March 1 and the implementation of rescheduling.

Fitch said the scheme may be designed to give banks more time to raise capital to address the impact of the crisis on loan portfolios.

It recently pointed out that a number of Indian banks -- both government-owned and private -- have announced capital-raising plans. But for state banks, these moves are likely to be insufficient to mitigate anticipated risks without further capital support from the government.

"Our analysis suggests that most state banks will struggle to maintain a 6.125 per cent common equity tier one (CET1) ratio under a high-stress scenario."Raising capital remains challenging in the current environment. However, the new policy will reduce transparency over asset quality, which could further hinder some paths for capital raising.

Private investors, for example, may be more reluctant to participate in sales of stakes in state-owned lenders until the impact of the pandemic on their balance sheets is clear.

Delaying recognition of problems in the banking sector could provide some short-term support to economic growth by stimulating credit issuance. The RBI has also raised the loan-to-value cap on credit issued against gold from 75 to 90 per cent in its efforts to boost lending.

However, many state banks may remain reluctant to lend to all but the most creditworthy borrowers in the near term as their overall weak capital position remain unsupportive of growth -- even with impaired loans permitted to be classified as 'standard' after rescheduling.

In Fitch's view, these categories will account for a substantial portion of the future asset-quality stress linked to the pandemic.

There is also a risk that the restructuring policy could undermine the Insolvency and Bankruptcy Code established in 2016 by side-lining the legal process. (ANI)

More than 100 million Americans to lose use of WeChat, TikTok apps

The Trump administration issued a sweeping ban Friday that will begin barring downloads and use of the Chinese-owned mobile apps ...

WASHINGTON, DC - U.S. Supreme Court Justice Ruth Bader Ginsburg who has been regarded as an iconic champion of women's ...

The global hunger crisis caused by conflict and now compounded by COVID-19 is moving into a dangerous phase, the head ...

Exploring the most promising locations for extra-terrestrial life

The Earth's biosphere contains all the known ingredients necessary for life as we know it. Broadly speaking these are: liquid ...

The lack of grandeur is startling now, the two yellowed, typewritten pages chronicling a small after-hours business meeting bearing no ...

Number of children living in poverty rises to 1.2 billion

The Covid-19 pandemic has caused a major rise in child poverty across the world. In a new UNICEF and Save ...

Trump's executive order to ban TikTok heading for the courts

TEHRAN (Tasnim) - TikTok has asked a federal judge in Washington to block the Trump administration from enacting a ban ...

NEW YORK, New York - U.S. stocks wrapped up weekly losses for a third week in a row on Friday, ...

Arm, the Cambridge-based microchip designer is a British tech success story. The firm designs software and semiconductors that are used ...

SYDNEY, NSW, Australia - Stocks in Asia broadly rose on Friday in a positive end to the week.The Australian bourse ...

Thai government considering partners other than China for Kra Canal

BANGKOK, Thailand - In a major blow to China, Thailand has claimed that many countries including India, the U.S., as ...