Anthill presents: To the moon and beyond 3 - the new space race 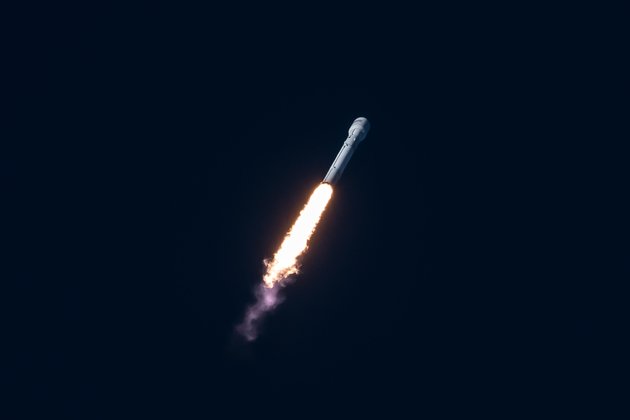 From Algeria to Vietnam, there are 72 countries with some sort of space programme. And the new space race involves a number of private companies too, that are becoming increasingly crucial to national missions.

In the third episode of To the moon and beyond, a podcast series that we're featuring on The Conversation's The Anthill podcast channel, we find out who some of the key players are in this new space race, what they are competing for and what winning looks like.

Space exploration has long been driven by competition. As we heard in the first episode of this podcast series, the success of NASA's Apollo missions to the moon was driven by the Cold War between the US and the Soviet Union. After the US had won this space race, they soon stopped sending manned missions to the moon because of the cost and the risks involved.

But, for all the similarities with 50 years ago, John Horack, who holds the Neil Armstrong chair in aerospace policy at Ohio State University in the US, says today is very different.

MORE ON THE MOON AND BEYOND

Join us as we delve into the last 50 years of space exploration and the 50 years to come. From Neil Armstrong's historic first step onto the lunar surface to present-day plans to use the moon as a launchpad to Mars, hear from academic experts who've dedicated their lives to studying the wonders of space.

Still, only three countries have successfully sent astronauts into space: Russia, the US and China. And one of the most exciting developments in space exploration, which took place earlier this year, was China's successful Chang'e 4 mission. In January 2019, Chang'e 4 made a soft landing on the mysterious far side of the moon - the first time this has been done.

Yang Gao, professor of space autonomous systems at the University of Surrey, tells us why this was a remarkable feat of engineering. She also explains some of China's plans to conduct scientific research on this south side of the moon - where there is evidence of an abundance of hydrogen and water ice.

China's success seems to have put rocket boosters under the US government's space plans. Donald Trump's administration has talked a lot about increasing NASA's budget in order to send a manned mission to the moon in the next five years, looking to use it as a base for exploring Mars and beyond.

As well as new countries getting involved in space, the explosion of space activity that's taken place in recent years has come from a number of commercial players entering the fray. The world's first space tourist was an American billionaire called Dennis Tito who paid US$20m for an eight-day trip to the International Space Station in 2001. But the space tourism industry is still struggling to get off the ground. We talk to Louis Brennan, a business professor at Trinity College Dublin who researches space businesses, about whether the industry will ever take off.

Read more: How Luxembourg is positioning itself to be the centre of space business

It's not just tourism, though. There are myriad opportunities to make money through space now. Brennan talks us through the business models of Elon Musk's SpaceX and Blue Origin, which was founded by Amazon's Jeff Bezos. Both are successfully reducing the costs of space travel by developing reusable rockets. And riding on their coat tails are a number of other new and innovative companies.

So for all the talk of a new space race, today's competition doesn't to be a zero sum game where some groups win and others lose. From scientific projects to business endeavours, we find out how different countries and businesses are collaborating to push the boundaries of human discovery.

To the moon and beyond is a global collaboration between different editions of The Conversation around the world, hosted by Miriam Frankel and Martin Archer. You can listen via The Conversation, or subscribe wherever you get your podcasts by hitting the "Listen and Subscribe" button at the top of this page.

To the moon and beyond is produced by Gemma Ware and Annabel Bligh. Additional reporting by Johnathan Gang. Sound editing by Siva Thangarajah. Thank you to City, University of London's Department of Journalism for letting us use their studios.

Even when we fall and Western Shores by Philipp Weigl. An Oddly Formal Dance and Bedroll by Blue Dot Sessions. Canada, by Pictures of the Floating World, and Awake by Scott Holmes.

And As time passes marimba via Zapslat.

Prince Harry and Meghan to cut formal ties with Palace

More than one billion mammals, birds, and reptiles across eastern Australia are estimated to have been affected by the current ...

Decriminalisation of blasphemy in Ireland comes in to effect

DUBLIN, Ireland - The commencement of the Blasphemy (Abolition of Offences and Related Matters) Act 2019 in Ireland has taken ...

WASHINGTON, DC - High profile lawyers Alan Dershowitz and Ken Starr have been brought in to work with the legal ...

BERLIN, Germany - Warring factions engaged in the Libyan conflict and UN-Secretary General Antonio Guterres will take part in a ...

WASHINGTON, DC - The Pentagon on Thursday awarded more than half-a-billion dollars in defense contracts.With around 0.53 cents in every ...

SYDNEY, Australia - Stock markets in Asia finished in the black on Friday, despite the release of economic data in ...

WELLINGTON, New Zealand - The New Zealand government's books are in good shape with the accounts in surplus and expenses ...

MANILA, Philippines - The Asian Development Bank (ADB) returned to the U.S. dollar bond market on Wednesday with the pricing ...