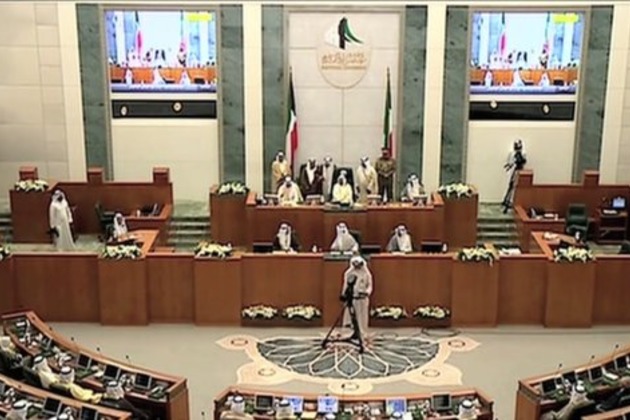 KUWAIT CITY, Kuwait - Making a comeback after four years of protesting the government's amendment of the key voting system, the Islamist, nationalist and liberal opposition won 24 out of 50 contested assembly seats in the Kuwaiti parliamentary elections, the election authority announced on Sunday.

The outgoing parliament members were dealt a heavy blow as over half of them failed to win, while two of three cabinet ministers also failing to secure a re-election win.

Out of 50 available seats, all but one seats were won by the men, while only one woman Safaa al-Hashem of the liberal candidates won the election out of 15 women. There was also an influence of the Muslim groups linked to Salafists in the election. However, the power remains with the emir. Following the strong show, the immediate challenge for the opposition would be to revive the country's economy after a slump in the global oil price. 70 percent of Kuwaitis, who turned out to vote also expect to get back their subsidies which were reduced following the slump.

Mansour Al-Mansour, a 56-year-old retiree from the first constituency chose to vote for the opposition MP Adel Al-Damkhi. He said, "I always participate in the elections – my whole family is voting. I feel this is a national responsibility and I want to vote for an MP who will present a good performance. I was disappointed with the performance of the previous parliament, but I'm optimistic that the new parliament will be more productive, which will improve the situation in the country."

A first-time voter, Mohammed Al-Jaber, a 30-year-old employee at the ministry of AWQAF, said, "I voted for former MP Ali Al-Omair, as I believe he was productive and had achievements for the benefit for our country. I wasn't satisfied with the performance of the previous Assembly, so I decided to vote this time, hoping for a better parliament. I feel that Omair will win, and I hope he will resolve some of the problems we face."

The voter turnout has also been good according to agents of the candidates at the polling stations.

Talal Al-Hamadi, an agent of candidate Roudhan Al-Roudhan at the Rawda polling station in the third constituency, said, "Voter turnout has been great – they are coming since morning. We expect more voters to come in the evening. According to a survey we did, our candidate is leading here in Rawda, and is in fifth place overall in our constituency. I'm sure he will win."

One of the overseas judges from Egypt, Mahmoud Al-Khalif, who was stationed in Rawda, hailed the organised electoral system. He said, "I have been judging elections in Egypt for the past 30 years. Compared to Egypt, the elections here in Kuwait are much more organized. I'm glad to work on these elections, and the voters are disciplined and cooperative. We haven't faced any problems, and the majority of voters till now have been younger people."

Another judge at Khaldiya in the third constituency said that registered voters' turnout was in good number as no additional ballot papers were left at the end of the day's election. In Kuwait, people get just one ballot paper to cast their vote.

"There are no spare or additional ballot papers, so each voter can only use one paper. If he makes a mistake, he won't get another one and can tell the judging committee about his case. But we haven't faced any such cases yet. After the voter receives his ballot paper, we stamp his citizenship document," said the judge Hani Al-Hamdan.

However, irrespective of the outcome, Emir Sheikh Sabah al-Ahmad Al-Sabah will ask the incumbent prime minister or another leading figure from the ruling family to form a new cabinet.

A political analyst, Mohammad al-Ajmi said, "I think this composition will lead to confrontations between opposition MPs and the next government. There are many issues that could spark disputes: economic measures, revoking of citizenships and others."

Another analyst Dahem al-Qahtani said the oppositions' election show was 'impressive' and warned that government must work with the opposition in order to prevent any further scuffle in order to help the citizens.

He said, "Kuwaiti voters have punished those who let them down... and rejected the austerity measures. If the government makes such initiatives, it may succeed in striking a needed political balance and avoid disputes. If not, confrontations could start from day one."

It remains to be seen what amendments the new government makes to revive the country's economy in the wake of falling oil prices.

The oil-rich Gulf state had a $15 billion budget deficit last year after 16 years of surplus.

Yair Netanyahu making name for himself at home and abroad

JERUSALEM - As scandal-plagued Prime Minister Benjamin Netanyahu stands trial for corruption, his 28-year-old son has emerged as a driving ...

WASHINGTON, DC - Broadway actor Nick Cordero, aged 41, has passed away after a long battle with coronavirus.According to Variety, ...

WASHINGTON, DC - The novel coronavirus is continuing to spread in the United States, particularly in the western and southern ...

Philippine government to offer jobs at home for returning Filipinos

ZAMBOANGA CITY, Philippines July 5 (PIA) - The returning Filipinos who arrived Sunday in the city from Sabah in Malaysia ...

World must be better equipped to manage crises and future plagues

Wherever one is at anywhere in the world today - given the yet unknown first, second, third, fourth or however ...

One of the lessons the current coronavirus pandemic has taught us is that we depend on electronic devices more than ...

Demand for oil may have peaked

PARIS, France - Although crude prices have rebounded from coronavirus crisis lows, oil executives and experts are starting to ask ...

Nationalism an earth-shattering trend in shaping economies of future

Former U.S. Treasury Secretary Lawrence Summers has recently conceded: "In general, economic thinking has privileged efficiency over resilience, and it ...

A million Russians predicted to declare bankruptcy in coming months

Moscow [Russia], July 4 (ANI): As countries across the globe have been facing the worst collective economic downturn since the ...